The double standard in the oil business is obvious. While European countries enjoy the benefits that come from nationalized oil; African countries like Angola, Nigeria and Sudan are always involved in some sort of civil war or a corrupt government strategically placed by imperialist nations. Nigeria for example has the capability of becoming an economic powerhouse, topping Germany but it cannot because the government is controlled by OPEC creating some sort of civil war every year. Angola can nationalize their oil and use the funds to improve infrastructure in Angola but that is not the case here again there is someone corrupt placed there by who knows who to stall progress.
As African countries wrestle with nationalizing their crude oil, the small European country Norway have nationalized their natural resource since1972, two years after foreign companies started exploring oil off Norway’s coast. With the money made from oil sales the country inves 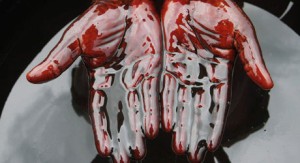 ted in more than 8 600 listed companies across the world, Norway created a wide net of social welfare services that provide free education, healthcare and      pensions to all the country’s citizens.

A few years ago when the British Petroleum Company (BP) had the oil spill they were held accountable for the damage they caused to the environment in the Gulf of Mexico. According to the New York Times, “16,000 total miles of coastline have been affected, including the coasts of Texas, Louisiana, Mississippi, Alabama, and Florida”. It was estimated that in the BP Oil Spill, more than 200 million gallons of crude oil was pumped into the Gulf of Mexico for a total of 87 days, making it the biggest oil spill in U.S. history. BP was responsible for close to $40 billion in fines, cleanup costs, and settlements as a result of the oil spill in 2010, with an additional $16 billion due to the Clean Water Act.
The Obama administration worked rapidly to make the British Petroleum pay for the damage they caused to the US coastline but I must admit BP worked ethically and immediately to alleviate the problem. Now, how about the oil companies that are involved in Africa? In the countries of Sudan and Nigeria Royal Dutch Shell (an oil conglomerate between the Brits and the Dutch) and the Chinese oil company CNPC (China National Petroleum Corporation). These companies work unethically in these regions and are never hold accountable. The Royal Dutch Shell Company a few years back was always on trial for crimes against humanity in Nigeria but they were not televised. They paid the Nigerian government to keep military control of the oil regions and shoot any person that dares to say something about oil spills and pollutions. It has been estimated that 1.5 million tons of oil has been spilled over the Niger Delta over the past 50 years. According to Wall Street, “Oil accounts for eighty percent of export earnings for Nigeria, and ninety-five percent of government revenue. Shell is the largest multinational presence in the country, and has been since the days of British colonial rule. It is the sole operator of a joint venture that is responsible for the majority of Nigeria’s oil production”. Nigeria is the largest oil producer in Africa and holds the largest natural gas reserves on the continent yet Nigerians are still living in poverty.

The oil is privatized, and if you dare speak about nationalizing the oil the OPEC organization will send their mercenaries to come and kill you look what happened to Libyan’s leader Muammar al-Gaddafi he nationalized the oil for the benefit of its people. He was doing well building better schools, fixed the infrastructure of Libya and helped other Sub-Saharan countries. How about Hugo Chavez, I understand his anti-imperialism speeches were a little too much but he did nationalize the oil for the purpose of helping Venezuelans but you know the outcome of that. Norway, the Scandinavian country above Sweden nationalized the oil yet nobody OPEC nor these countries come after their leaders but that’s another topic for another day.
A wise man once told me when you see the news on television about war take a quick look at the guns they are using and you will see who is really involved. The North African country of Sudan has been beset by civil wars, famine and poverty seemingly for decades. The ancient land has recently been divided into two, with the formation of a new country called “South Sudan”. Both Sudan and South Sudan have vast reserves of oil approximately about 5 billion barrels which are controlled by the Chinese. The Chinese oil Company CNPC and the Chinese government have been providing guns to both South Sudan and Sudan. The Sudanese civil war has taken the lives of more than two million people yet you don’t hear the United Nations, UNICEF, the US government, European Union talk about it. All we hear on CNN is about the Sudanese refugees fleeing to other African countries and the war, but they don’t tell you the truth about what is really happening of how this Chinese Oil Company is siphoning millions of crude oil from the underneath the shedding blood of the poor Sudanese.