It is a common belief that in order to make “big” money in America as an African American, there are only a few choices. Mainstream America will suggest that success of this sort can only be found in music, entertainment and sports, or maybe even in the trade of illicit drugs. Although many do come from these areas and are people who have never attended or completed college, sizable corpuses of millionaires make their money in other ways and the billionaires tend to never be in the area of music, entertainment or sports and all are college educated. 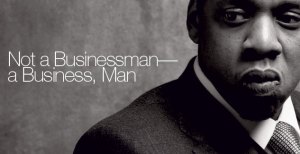 Although many African Americans play down their African heritage and have no knowledge of who they are historically, it is interesting to note that of all the billionaires, all with the exception of Oprah are African. Mike Adenuga, with a net worth of $4.3 billion, amassed his fortune when he became the first Nigerian to strike oil in commercial quantities in the early 1990s through his Conoil Producing Company. He also on path to build Africa’s largest mobile telecommunications network. His mobile phone operator, Globacom, already has over 15 million subscribers in Nigeria alone. Patrice Motsepe, the South African mining magnate and first black billionaire is estimated to be worth $2.7 billion. Trained as a lawyer at the University of Witwatersrand, he eventually acquired low-producing gold shaft mines in 1994 and currently is the Executive chairman of African Rainbow Minerals (ARM), a South African mining company with interests in platinum, nickel, chrome, iron, and manganese, coal, copper and gold. He owns 41 percent of the company. Aliko Dangote, Africa’s wealthiest individual owns Nigeria’s largest industrial conglomerate, with interests in everything from sugar refineries, flour milling, and salt processing and cement plants in Nigeria, Zambia, Senegal, Tanzania and South Africa. His worth is $11.2 billion. Mohammed Al-Amoudi, most prominent assets include oil companies Svenska Petroleum Exploration, which produces crude oil in Africa, and refinery operator Preem. He also owns gold mines in the country and the very prestigious 5-star Sheraton Hotel, Addis. His net worth has been estimated at $12.5 billion. African Americans lack the vantage of having access to government and natural resources Africans do. However, people can be successful in areas other than sports or use sports and entertainment as a stepping Stone as others have. Robert Johnson made is millions by founding a cable channel and investing. R. Donahue Peebles and Quintin Primo III made their wealth in real estate. Janice Bryant Howard developed here wealth when she started a staffing firm “Act- 1” which generates nearly $1 billion in revenues annually. Still other like Ulysses Bridgeman Jr. and Magic Johnson, who started in professional sports, made most of their wealth in other areas. Bridgemen in construction, restaurants and real estate and Johnson in investments, restaurants and real estate. With a net worth of $125 million, Kenneth Chenault, chief executive of American Express, former Merrill Lynch chief Stanley O’Neal and Citigroup chairman and former Time Warner head Richard Parsons have also been able to negotiate their educational backgrounds in the fortunes valued over 100 million dollars. Yes, we can make money in other ways outside of sports and entertainment. Problem is that we select the former over other opportunities. African Americans comprise more than 65 percent of the NFL, 92 percent of the NBA and 99 percent of the rappers, but only 3.2 percent of lawyers, 3 percent of doctors, and less than 1 percent of architects.